Everything We Know About F1’s Radical New 2026 Cars

Four races into one of the biggest regulation changes in F1’s history and the sport’s bosses are already looking to the future and the next set of revolutionary cars.

At the F1 Commission meeting earlier week, the FIA revealed its six initial goals for the 2026 chassis regulations. These are set to be introduced alongside the next generation of power units and the FIA have got some ambitious plans to promote even closer racing than ever before.

Although these aren’t set in stone just yet, it gives us a good idea of the direction the sport is heading in… 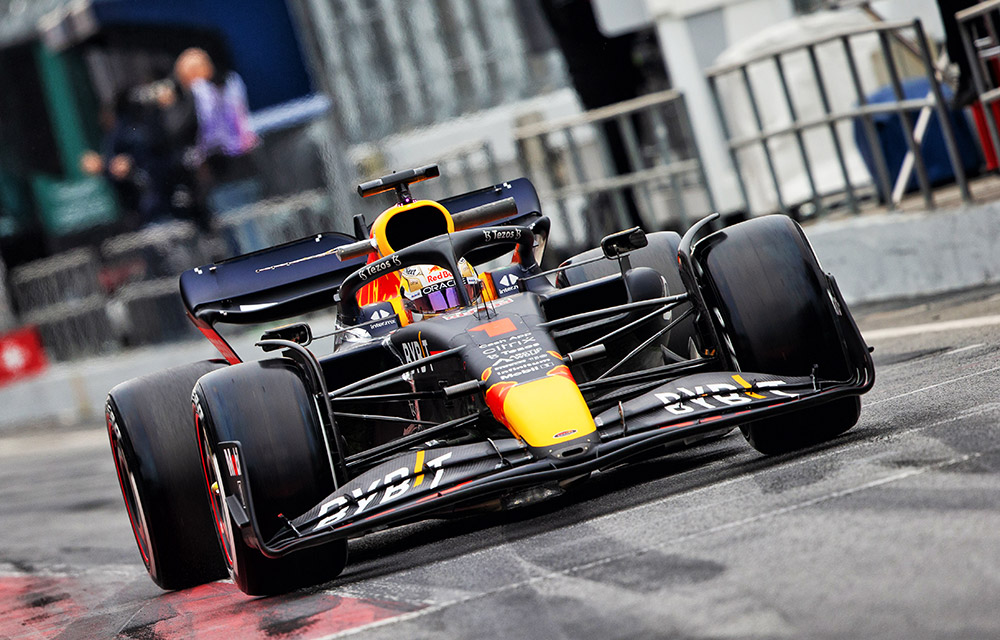 Over the past 20 years, F1 cars have gotten larger and heavier much to frustration of drivers and fans, especially when the cars are too big to race properly at some of the most iconic circuits on the calendar, like Monaco.

Back in 2008, the cars weighed around 585kg, going up to 691kg when the hybrid engines were introduced in 2014. Now, the 2022 cars come in at a minimum of 798kg, including the drivers and tyres but without fuel. Add in a full fuel load and you get cars weighing in at a whopping 908kg.

However, for 2026, the FIA plans to shrink those cars back down, making them shorter and smaller, and potentially lighter – or at least not any heavier than they are now.

To achieve this, there’s a focus on active aerodynamics to reduce drag. This would effectively create two car modes: a high-downforce mode with high drag for cornering and a low-drag mode with low downforce to help them along the straights.

It’s not only what the cars look like that is being thought about, but what they are made of. In a bid to become more sustainable, F1 wants teams to reuse materials to make new parts rather than what they are currently doing, creating them from scratch out of more sustainable materials. For example, McLaren’s driver seats are made out of an eco-friendly carbon fibre replacement.

To help increase safety in F1, the FIA is exploring the possibility of active and connected safety systems, using car to car alerts to help prevent crashes. These would alert the car if another in front is travelling slowly, similar to the sensors in road cars.

The full details about this haven’t been released yet, but potentially could we see emergency brakes being introduced? Maybe.

How cars absorb crash energy is another safety aspect being looked at, but this will probably take a more work to figure out, as it’s difficult to make the cars smaller and still leave enough room for the crash energy to deform without hurting the driver inside the cockpit. 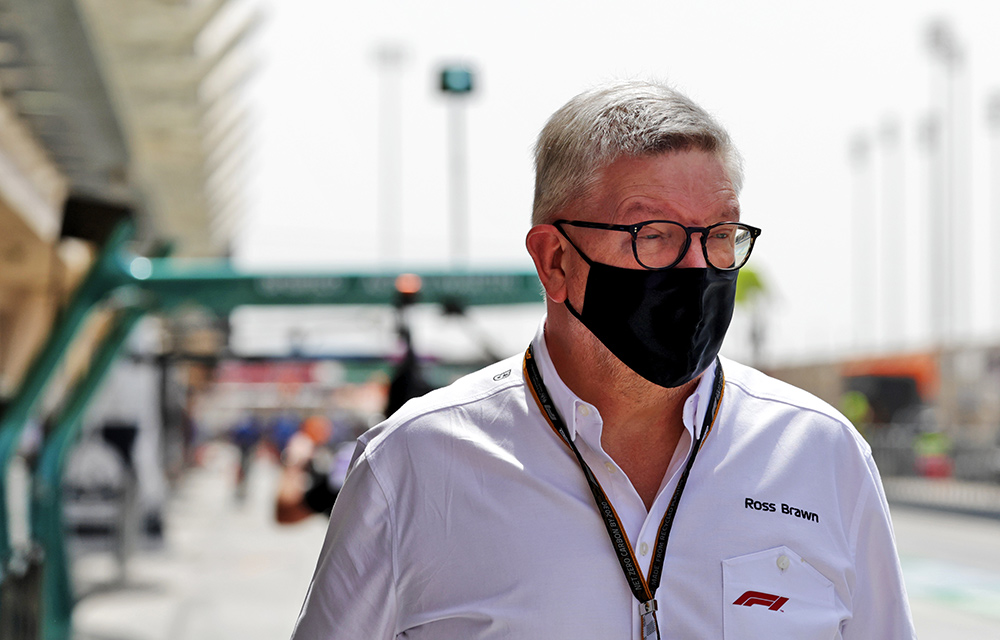 It’s what’s underneath the chassis that has got both Audi and Porsche eyeing up a potential move into F1. One of the key goals of the 2026 changes is to make the sport as attractive as possible for new power unit manufacturers to join and, more importantly, to be competitive (basically to avoid repeating Honda’s disastrous return with McLaren in 2015).

That means that while the 1.6-litre V6 engines are staying, the MGU-Hs are gone. The MGU-H, which convert wasted heat into electrical energy, is a complex and expensive piece of kit, which had little-to-no use for car manufacturers like Ferrari to use on the road.

To compensate, the hybrid power from the MGU-K is being increased, upping the electric power to 350kW to avoid a drop in performance levels.

Financially, these new power units are expected to be far cheaper to produce than the current engines made by Mercedes, Ferrari, Renault and Red Bull. To help any new suppliers that decide to join, the FIA is considering introducing a separate power unit cost cap.

Although there’s a budget cap of $140m this season, there’s no restriction on how much engine suppliers can spend on developing their power units. This cap is predicted to be around $140m as well, with a $5m-$10m top-up per year for newcomers to help them catch up.

Additionally, the plan is to head towards more simplified and standard parts across all the teams. These are cheaper to produce and you can already see spec parts on the 2022 cars, with the wheel covers, fuel flow meters, radios and rear lights being the same up and down the grid.

While 2022 saw the introduction of E10 fuel, made from 90% fossil fuels and 10% renewable ethanol from plant waste, it’s already been announced that by 2026 F1 will be switching to 100% sustainable, synthetic fuel.

Made from either a carbon capture system, municipal waste or non-food biomass, these drop-in fuels won’t require teams to alter their engines in order to use them and are estimated to save at least 65% greenhouse gas emissions compared to regular petrol.

Lastly, switching to active aero to reduce drag is an estimated saving of 20-25% of fuel used. By making the cars more fuel-efficient and increasing the use of electrical energy, they can carry less fuel and reduce the size of fuel tanks needed.

Overall, shorter, lighter, safer and more eco-friendly cars seem like a step in the right direction for F1, but these plans could still face many changes before the cars hit the track in four years’ time.

What do you think about the proposed 2026 changes? Let us know in the comments below. 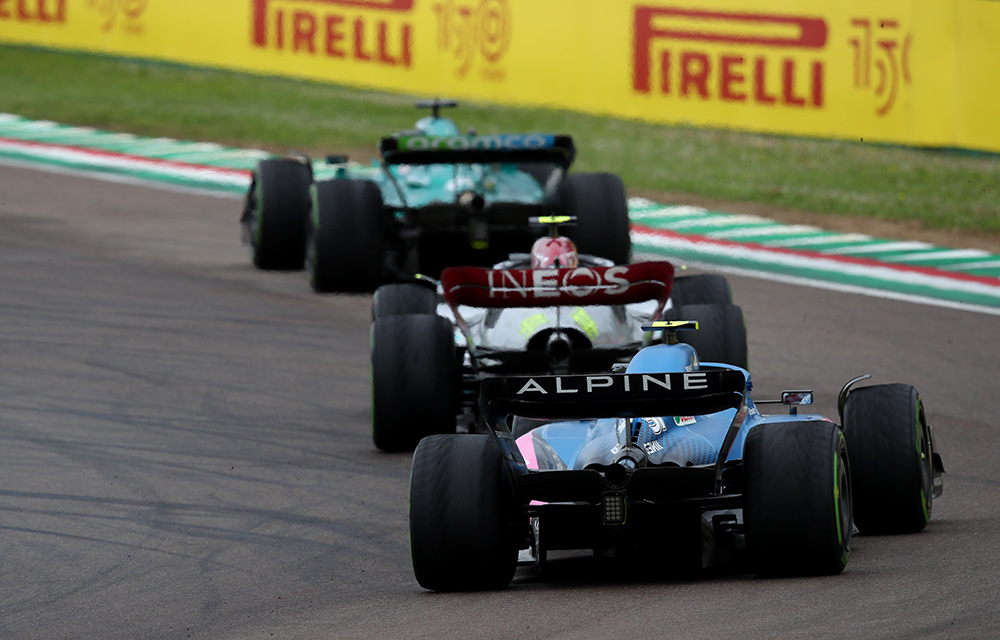